SUBSCRIBE
Our past and current guest authors and speakers
​ 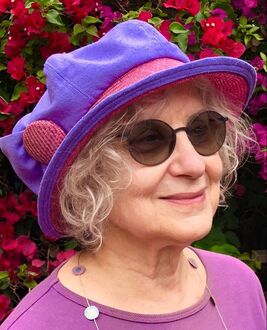 PHOEBE LARMORE started her career at the Paul R. Reynolds Agency as a magazine agent in 1964. She placed excerpts in magazines, including excerpt from The Autobiography of Malcolm X, and worked with Alex Haley on germination of his novel Roots. In 1968 she moved to Cushman Agency, the US office of Curtis Brown, London. She placed an excerpt from early biography of The Beatles to Life Magazine. Phoebe worked with Lawrence Durrell on publication of Nunquam, and briefly worked with Hunter Thompson. In 1968-69, Phoebe discovered the early writings of Margaret Atwood and Tom Robbins. She felt an immediate affinity for their talents and became their agent. In 1971, she opened Larmore Literary Agency in Greenwich Village. Atwood’s 2nd novel Surfacing, published in 1971, was Atwood's first best seller, as was Robbins’ 2nd novel, Even Cowgirls Get the Blues, in 1976. Throughout the 1970s, Phoebe fought to expand contractual rights of writers through Bookworkers group in NYC. In Toronto, she assisted in drafting the Writers Union contract with author Graeme Gibson. Phoebe moved her agency to Los Angeles in the mid 70's, where continued to exclusively manage the literary journeys of Margaret Atwood and Tom Robbins. In 1985, Phoebe's WWII novel Gone From Breezy Hill was published. She previously had published several short stories in Cosmopolitan. She is currently working as a "Muse Editor" with Wendy Goldman Rohm and The Rohm Agency. 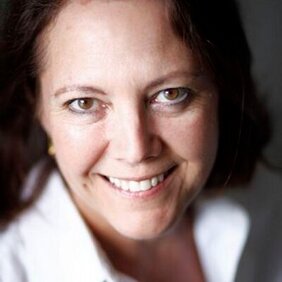 MIRA KAMDAR's first book was a critically acclaimed memoir, Motiba’s Tattoos: A Granddaughter’s Journey from America into her Indian Family’s Past (Public Affairs 2000; Plume 2001). It was a 2000 Barnes & Noble Discover Great New Writers Selection and won the 2002 Washington Book Award. Her second book was Planet India: The Turbulent Rise of the World’s Largest Democracy and the Future of our World (Scribner 2008). The book has been translated and published in over a dozen foreign editions, including Hindi, Chinese, Arabic, Dutch, Italian, Portuguese, Spanish and French. In 2018, Oxford University Press published her book India in the 21st Century: What Everyone Needs to Know. She also published her first book originally written in French, 80 mots de l’Inde (L’Asiathèque 2018), a collection of columns she wrote for Courrier international between 2008 and 2014 where she reflected on the personal, cultural, historical and social meanings of a series of words in Hindi. Mira was a member of the Editorial Board of the The New York Times from 2013 to 2017 where she wrote on international affairs. Her work has also appeared in other publications around the world, including The New York Review of Books (NYR Daily), Slate, The Washington Post, The Times of India, Daily News & Analysis, Outlook, The International Herald Tribune, The Los Angeles Times, The Chicago Tribune, World Policy Journal, Tehelka, Seminar, the Far Eastern Economic Review, YaleGlobal and Le Monde Diplomatique. 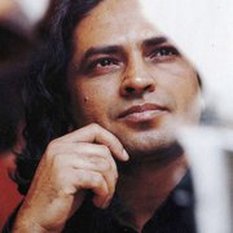 SAKET SONI is the author of the forthcoming Strangers at the Golden Door  (Algonquin Books), a work of narrative nonfiction. He is represented by The Rohm Literary Agency. He is a labor organizer and human rights activist, and founder and director of Resilience Force, a national initiative to transform America’s response to natural disasters. After Hurricane Katrina, in 2006, Saket co-founded the New Orleans Workers’ Center for Racial Justice. Under his leadership, the organization won organizing and policy victories for both U.S.-born and immigrant workers engaged in the reconstruction of New Orleans. Saket led the organization to win precedent-setting National Labor Relations Board decisions protecting migrant whistleblowers. Saket led a combined organizing and legal strategy to combat human trafficking, which resulted in a federal court awarding over $14 million in damages to migrant resilience workers rebuilding the Gulf Coast. Saket is recognized as a national expert on post-disaster economies, immigrant rights and the future of work. He was profiled as an “architect of the next labor movement” in USA Today, and he has testified before Congress and at the United Nations. Saket’s advocacy efforts have been featured on NPR, inTime, and on the front page ofTheNew York Times. His writings have appeared in the L.A. Times, The Hill, TheNation, Latino Journal, Talking Points Memo and on CNN. 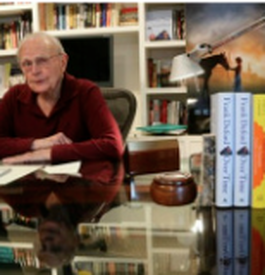 STERLING LORD is a legend. He is chairman of the prominent NY literary agency Sterling Lord Literistic. Among the great authors he represented:  Jack Kerouac  (On the Road, 1957), Ken Kesey, Howard Fast, Gloria Naylor, Jimmy Breslin, Nick Pileggi, David Wise, Dick Francis, Terry Southern, Walter Lord, and Stan and Jan Berernstein, authors of the largest selling children's books in the world. Lord began his career as a magazine editor in and publisher in Europe and the United States. Lord was one of the first agents to sell major autobiographical books as films (Somebody Up There Likes Me (1956) and Fear Strikes Out) (1957). He was also one of the first agents to break the book publishing tradition of single submission of materials, and move into multiple submissions and auctions. In the 1960's, with the demise of many national magazines (Look, Life, Saturday Evening Post, Colliers, etc.), Lord set up his own syndicate of Sunday newspaper magazines and also syndicated well-known daily newspaper columnists, including Jimmy Breslin and Dick Schaap). His syndication of Jimmy Breslin broke all newspaper traditions regarding payments, exclusivity, and use of his material in subscriber newspapers.  When Sports Illustrated named the 100 best sports books of all time in its December 15, 2002 issue, 16 of them were represented by Sterling Lord. 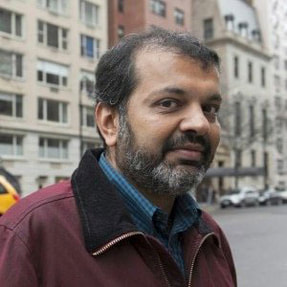 SUKETU MEHTA is best-selling author of Maximum City (Knopf), a finalist for the Pulitzer Prize. His new book, This Land Is Our Land (FSG), will be published in June 2019. He has won the Whiting Writers Award, the O. Henry Prize, and a New York Foundation for the Arts Fellowship for his fiction. Mehta's work has been published in the New York Times Magazine, National Geographic, Granta, Harpers Magazine, Time, and Conde Nast Traveler, and has been featured on  NPR's 'Fresh Air'. Mehta is Associate Professor of Journalism at New York University. He is currently working on a nonfiction book about immigrants in contemporary New York, for which he was awarded a 2007 Guggenheim fellowship. Mehta was born in Calcutta and raised in Bombay and New York. He is a graduate of New York University and the Iowa Writers' Workshop. 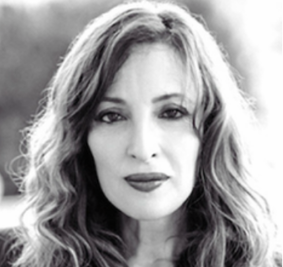 PNINA FENSTER is the former founding editor and  editor-in-chief of GLAMOUR South Africa, She is also an award-winning writer and journalist, and directed Glamour's editorial teams on print and digital strategies, planning features and brand development. Prior to her 11 years at Glamour, Fenster served as the launch editor-in-chief of Marie Claire South Africa.  During the next six years, Marie Claire won a slew of awards, set new standards for South African magazines, and launched the careers of many highly regarded fashion stylists, photographers and writers. She began her career as an illustrator and graphic designer and moved on to journalism as a Sunday Times columnist and award-winning features writer for leading South African and international publications. 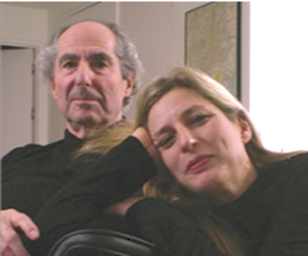 LIVIA MANERA SAMBUY is an Italian literary journalist and contibuting editor to the literary pages of the leading Italian daily newspaper, Corriere della Sera. She is the author of two documentary films on Philip Roth (Philip Roth Unmasked) and of the book You’ll never write about me again (Feltrinelli, Milan, 2015). Her work has appeared in The Paris Review, The New Yorker, Dave Eggers' The Believer magazine, and many others. 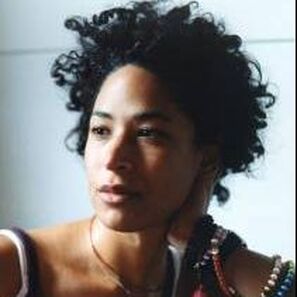 REBECCA WALKER is an award-winning writer and lecturer, named by Time magazine as one of the most influential leaders of her generation. She is the author of the memoirs Black, White and Jewish and Baby Love, and the editor of the anthologies To Be Real, What Makes a Man, One Big Happy Family, and Black Cool. Her writing has appeared in Bookforum, Newsweek, Real Simple, Glamour, Interview, The Washington Post, Corrierra de la Sera, French Vogue, and Marie Claire Italia, among many other international publications and literary collections. Her latest book, Adé: A Love Story, is currently being adapted for film, with Madonna attached to direct. She lives in Los Angeles, California. 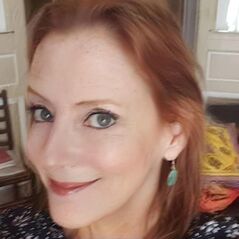 WENDY GOLDMAN ROHM  is president of The Rohm Literary Agency and  a NY Times best-selling author whose books have been published in 14 languages around the world. As a literary agent and development editor, she loves nurturing authors of all kinds, and knows both the creative and business sides of the publishing industry. Her work has been published by Random House, The New York Times Syndicate International,  The Atlantic, Wired magazine, Tina Brown's Talk magazine, Vogue, Chicago Tribune, Boston Globe, Financial Times of London, Washington Post, Los Angeles Times, and many others. Her writing workshops were inspired by the honorary Masters Teas she presented at Yale University. She's also been a literary agent and author for Sterling Lord Literistic; The Waxman Agency; Waterside Productions; and founded the Rohm Agency to represent emerging authors of fiction and nonfiction. She's been a commentator on numerous national and international broadcasts, including: Nightline, The Today Show, NBC Nightly News, Good Morning America, and dozens of programs on NBC, CNBC, PBS radio and television, CNN, CBS, ABC, and BBC radio and television. Her clients have included a wide range of fiction and nonfiction authors including Taiye Selasi, Saket Soni, Linus Torvalds, Igor Tulchinsky, Mira Kamdar, Livia Manera Sambuy, Seamus Scanlon, Helene Guetary, Bhaswati Bhattacharya, and more. 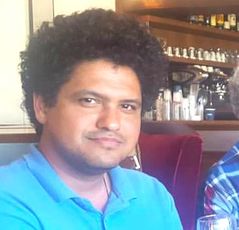 VINICIUS JATOBA is an award-winning Brazilian novelist. He was born in Rio de Janiero and has been a literary critic for Estado de S. Paulo, O Globo and Carta Capital. He won a Best of Young Brazilian Novelists award from Granta magazine, and has had numerous fellowships worldwide. His original fiction appears in an upcoming edition of The Antidote, the print version of the online literary magazine TheTrumpAntidote.com. Jatoba also writes plays and screenplays. 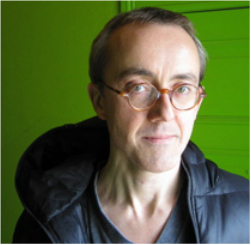 FABRICE ROZIÉ was the Literary Attaché and Director of Scholarly Exchange for the Cultural Service of the French Embassy in New York from 2004 to 2007.  Mr. Rozié has been on the faculty of the University St. Etienne and the Political Science Institute in Paris; later, he served the Embassy in New York as Education Director, then the French Ministry of Culture as chief executive of Mission France 2000. His first play, Transatlantic Liaison, was staged at the Theatre Marigny in Paris in 2002, and at Harold Clurman Theater in New York in 2006, and was a New York Times Critics Pick. A specialist in policies that promote literary translation, he was on the board of Centre National du Livre (Paris) and of the Advisory Board of the Center for Literary Translation at Columbia University. He writes for Le Monde des Livres and Die Zeit. 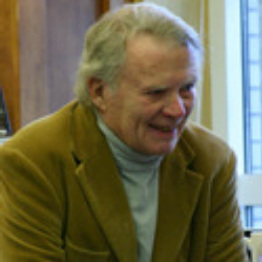 HILARY MASTERS was born in Kansas City, Missouri, the son of Edgar Lee Masters, a writer, and Ellen Frances Coyne Masters.  He began his writing career after graduation in New York with Bennett & Pleasant, press agents for concert and dance artists. Next he worked independently as a theatrical press agent for Off Broadway and summer theaters. He then moved into journalism.  His acclaimed nonfiction and fiction works include An American Marriage (Macmillan), Cooper (Saint Martin's), Strickland (Saint Martin's), and Home Is the Exile; and the essay collection In Montaigne's Tower. 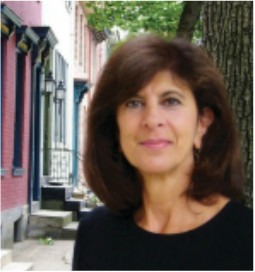 KATHLEEN GEORGE lives in Pittsburgh where she is a professor of theatre at the University of Pittsburgh. Her latest novel THE ODDS was nominated for an Edgar® award for best novel of the year by the Mystery Writers of America. She is also the author of the acclaimed novels TAKEN, FALLEN, and AFTERIMAGE, the short story collection THE MAN IN THE BUICK, scholarly theatrical books and articles, and many short stories. Her new books in 2011 are HIDEOUT, another novel in the Richard Christie series, and Pittsburgh Noir, an edited collection of short fiction set in Pittsburgh.